Most-visited, best-known, loved, cherished, a place to call home, all things used to describe Barcelona. It would take hours to go over everything that’s great about this Catalonian city but instead, we’ve narrowed down a list of some of the best things that make Barcelona the city of dreams:

Antonio Gaudi’s obsession with Mother Nature makes this city come to life at every corner. Take a trip to Parc Guell or take a stroll through the rooftop of Casa Mila. A must see, of course, is the Sagrada Familia; with its tie-dye stained glass and intricate design, it is comparable to no other church in the world. Pablo Picasso spent much of his life in Barcelona. You can see his work all over the city, or even head to the Picasso museum where some of his most beautiful works remain to this day.

The world-famous, rap-song-mentioned, celeb-studded nightlife of Barcelona is unbeatable. The Room, Opium, CDLC, Catwalk, Ottozuts, and much more are just a few of the clubs that are worthy of a night out.

Located right on the Mediterranean, Barcelona boasts some of the best seafood in Europe. Paella is a staple dish of the city and with good reason- it’s unbelievable at the right locations. Tapas are also a great way to try a bunch of different staple dishes in a single sitting. Bo de Be, La Flauta, Wok to Walk, Rosa Negra, Tapas, Melon y Jamon, Brunch and Cake, Milk, I could go on forever. 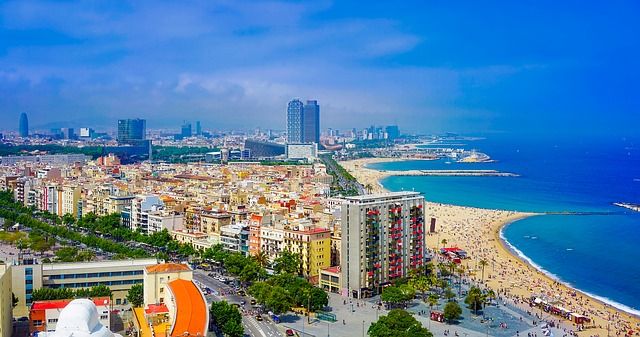 The Barcelona beach with the Mediterranean Sea as a backdrop is one of the most popular beaches in the world. You can relax on the sand, grab a beer or a cheap massage. Grab a bite to eat at one of the beach cafes, or just get your tan on while people watching. 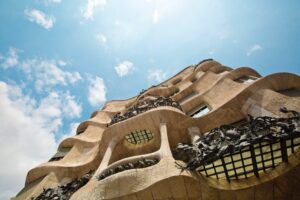 With mild, humid winters and warm, sunny summers, the weather here is the most ideal of any European city.

The Barcelonians have a deep love for their culture. They kept their Catalan traditions alive through decades of dictatorship which outlawed dancing, music, and the Catalan language. Today, they have a strong pride in their culture and it’s apparent in everything they do. From crazy human tower events to interesting street art. One of the best parts about Barcelona is the strong pride citizens take in their Catalan culture.

Most major European cities have extensive and thorough public transportation systems and Barcelona is no different. After being revamped for the 1992 Olympics, it’s pretty much the easiest metro system to navigate in Europe. You can get anywhere in and around the city via metro and bus for very little, not to mention it’s air-conditioned.

Get lost in one of the most beautiful and oldest areas in Barcelona. The Cathedral, the Picasso museum, tiny shops, and boutiques take you to and the overall gothic, European feel.

Every street in Barcelona is lined with tons of shops, each one of them full of trendy fashion pieces. Not to mention the amount of H&Ms on every corner. Swing down to La Rambla for some good shopping, or to see the masses of people watching the crazy street performers then top it off with an ice-cold gelato.  Who says shopping can’t be delicious? At the Boqueria, the biggest open-air market in Spain, food is displayed by the ton. The Boqueria can also be a little scary (huge dead fishies) and amazing at the same time. You can get the most delicious and fresh smoothie of your life for about €2.

Only an hour outside of the city, Sitges is one of the most beautiful beach towns in Europe. Not to mention the crazy carnival that happens here in February.

This multi-peaked mountain just outside the city is well known as the site of the Benedictine Abbey, Santa Maria de Montserrat, which hosts the Virgin of Montserrat sanctuary. According to myth, this is identified to be the location of the Holy Grail. Not to mention the amazing hot chocolate and views you get while hiking.

Need more Barcelona in your life? Enter your email below.