Everyone knows that Italy is responsible for some of the best food in the world.  Take it from someone who’s lived there, it’s true.  Although not the place to go if you’re buying into the low-carb craze, Rome has more than its fair share of delicious Italian cuisine. 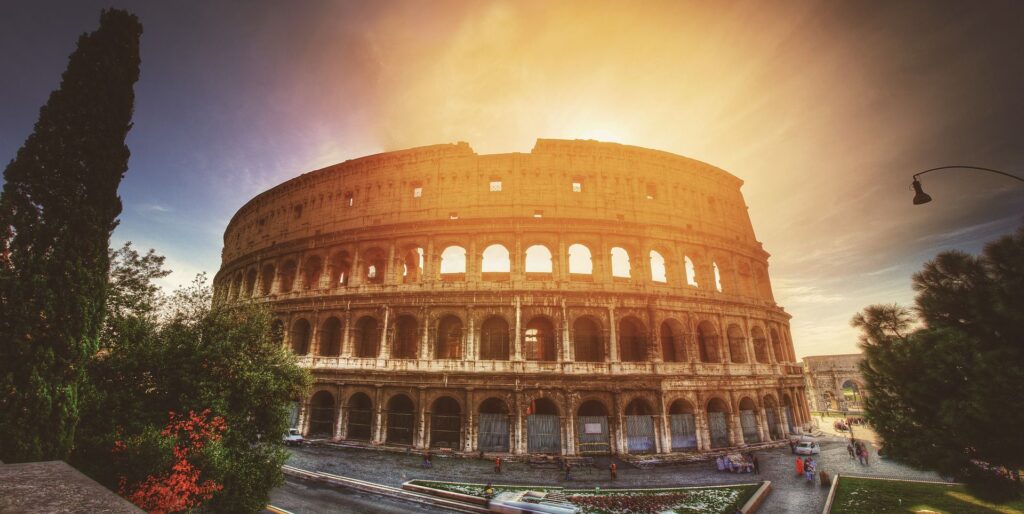 However, sometimes the sheer amount of restaurants on every block can be overwhelming, especially if you don’t speak any Italian.  If you’re planning a trip to Rome anytime soon, or just in the mood to make yourself very hungry, check out my guide to eating in Roma!

First and foremost, it can be very challenging to order food in Italy if you don’t speak the language.  The first couple times I went out to eat in Rome, I think I paid more attention to Google Translate than I did to my friends sitting next to me!  Here are a few crucial words to know if you plan to restaurant hop in Italy.

Rucola: If you type this into your translator, it will come up with the term “rocket lettuce.” If you’re like me and had no idea what that meant, Rucola just means arugula. But, hell yeah, let’s go rocket lettuce!

Located in trendy Trastevere, Dar Poeta is a must-visit for any trip to Rome.  Their pizza has become famous, earning them posts on famous food blogs all around the world, including the American blog, @new_fork_city.  To stress the deliciousness of this pizza, I included three pictures from the restaurant (only one taken by me).  The food is so photogenic, none of my friends could resist snapping a photo!

When I lived in Rome, I spent a weekend traveling around Naples with one of my roommates. As I’m sure you’ve heard, Naples is the birthplace of pizza, which makes it pretty much heaven in my book.  Although you may think pizza is all very similar around Italy, Naples pizza is much different.  Mangia Napoli has three locations in Rome, all of which serve delicious and authentic Neapolitan pizza.

Another one of our Trastevere favorites, Grazia e Graziella is located kitty corner to Tonnarello and Ombre Rosse.  Clearly you don’t need to search far to find great food in this neighborhood.  When we arrived at the charming little restaurant, they greeted us at the door with a glass of free spiced wine!

The only thing better than this artsy photo taken by @toofacetious is the mouth-watering Italian cuisine at L’antico Moro.  Located in Trastevere (sensing a trend?), it’s a great place to enjoy aperitivo!

Frigidarium won our, very prestigious, award of #1 Gelato in Rome.  We had four months of eating gelato every week (let’s be honest, every day) and we were unable to find anywhere with better gelato than Frigidarium.  They’ll even dip the cone in chocolate or vanilla!  You’ll regret leaving Rome without trying a scoop (or six) of their delicious flavors.

My mouth is watering even looking at pictures of sandwiches from La Proscuitteria.  A five minute walk away from campus, this local restaurant makes one hell of a sandwich.  Thick, buttery bread is filled with meat, cheese, veggies, olive oil and much much more.

Easily one of our favorite restaurants in Trastevere, we made reservations at Tonnarello for my good friend’s 21st birthday (not relevant at all in Europe, but we still felt the need to celebrate).  The food was fantastic, as was the wine, and they did not seem fazed at all by our obnoxious, slightly tipsy group of 15 American college students.

Being born and raised in Wisconsin, one of the first things I did in Rome was sample the local beer.  I know what you’re thinking, why would anyone be seeking out beer in the wine capital of the world?  Don’t worry, I drank my fill of wine as well, but sometimes a girl just needs an ice-cold IPA alongside her carbonara.  If you’re needing a break from pasta and pizza, Open Baladin has a huge selection of the best local beers in Rome along with a wide array of delicious bar food!

Ombre Rosse has tasty food and a fun atmosphere!  Half of their seating is outside on the cobbled streets of Trastevere.  It’s a great place to have a bottle of wine and people watch with a friend or two!

A close second to Frigidarium, Del Viale is on top of their gelato game.  Make sure to try a scoop from both if you’re ever in Rome.  In the same night?  I won’t judge.

I saved the best for last!  For all four months that we lived in Rome, we never wavered from our go-to drunk pizza place, Pizza Trilussa.  I know all my friends from Rome are tearing up thinking about all the hilarious nights we spent there, covered in pizza grease and trying out our broken Italian on the very patient staff.  They’re open every night until the pizza runs out and, being some of the best pizza in Trastevere, sometimes it’s scooped up fast!  If you aren’t a believer yet, most of my friends (including myself) didn’t leave Rome without purchasing a Pizza Trilussa T-shirt.

Since my university was located in Trastevere, most of the restaurants and bars I am familiar with are in that area.  However, Rome is a huge city and there are many neighborhoods, streets, and restaurants left to explore!  Hopefully, if you venture to Rome, my guide will you help you not be as hungry and confused as I was when I arrived.