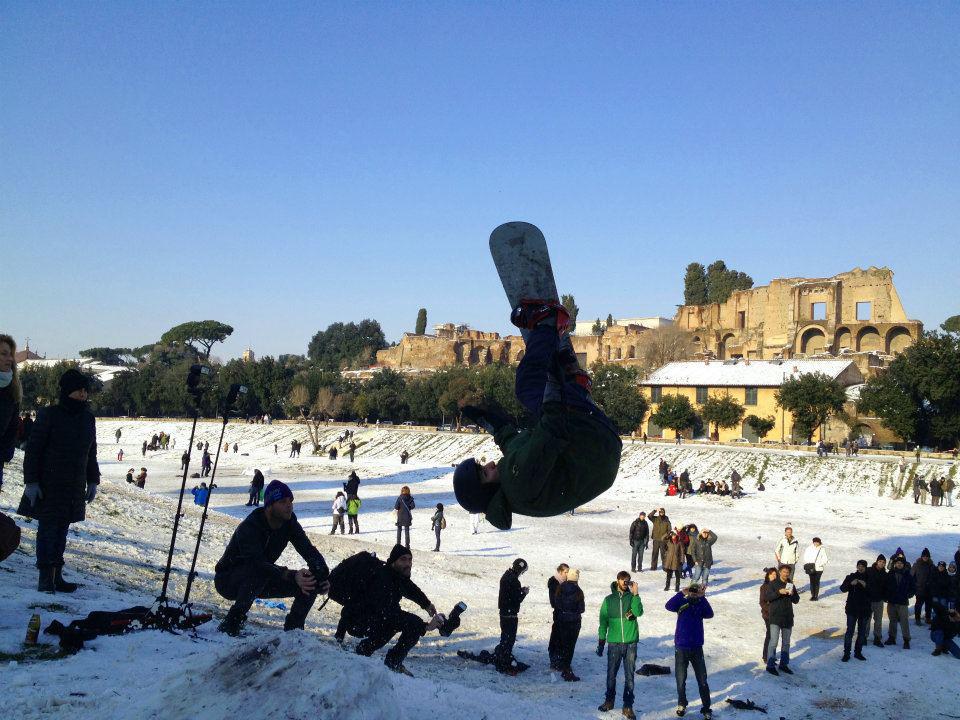 Neve a Roma!  26 years since the white stuff hit the eternal city, until last Friday when Rome got blanketed with 4+ inches of snow.  What started out as mere flurries developed into a snow covered St. Peters Square, snow-globe Colosseum, and white carpet Forum.  Rome and most of its residents have not experienced snow in recent memory (aside from an occasional ski vacation) so watching Italians dust off their cars with phonebooks and kitchen spatulas was a sight to behold.  Unfortunately we were forced to cancel our Naples day trip Saturday because of this unexpected snowfall which paralyzed transportation in and around the city.  We were upset that we couldn’t go down to Napoli so decided to hold a photo contest among those who were to go and give away a FREE Interlaken trip!

We also realized that since everyone was out in the rarely pedestrian friendly streets documenting the winter wonderland anyway, we could hold a similar photo contest through our Rome facebook group.  Everyone posted and shared their favorite shots on our facebook event and the image to garner the most “likes” would win 50% off a trip to the real stuff – Interlaken Winter with Bus2alps, and the runner up won 25% off a trip to Prague.  Check out the winners below and head to the event online to judge the rest of the photos for yourself: http://www.facebook.com/events/290249381030499/