This weekend I was given the great opportunity to travel to Cinque Terre (Five Lands).  You could consider it to be a city, but it’s five separate towns spread across a few miles of land all sitting in the hills over the water.  From Florence, it’s a good 2 hour bus ride.

I booked my trip through a group called Bus2Alps, which is essentially a travel agency for students traveling abroad.  They provide day trips, weekend trips, and break trips (Fall and Spring) for students at a very cheap price.  Some trips include food and stuff, ours, however, did not.  It DID include our train tickets and ticket in and out of the park (or where everybody walks and hikes).  So for €50, I can’t complain! It was an awesome price. 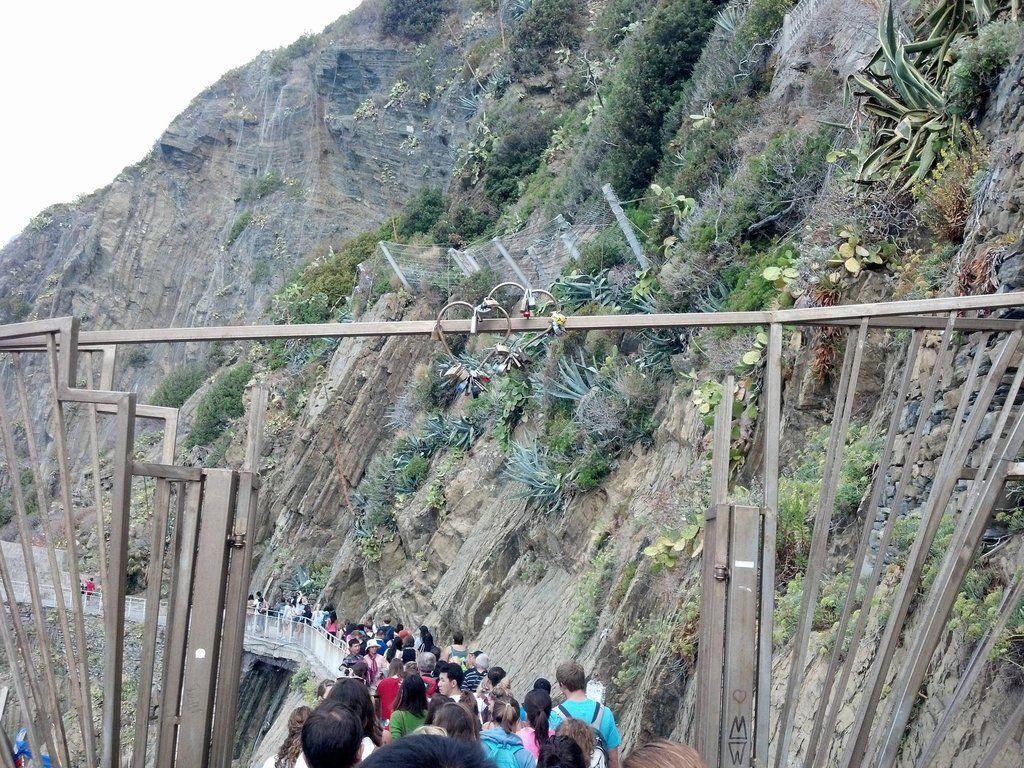 I’ve actually been here before, in the past, when I was with People to People.  It wasn’t until the last city until I realized that.  When we passed through the first city, we walked as a group and walked about 15 minutes to the next city in which was plastered with writings of lovers, and locks of love.  It was actually pretty romantic for a walk.  Along the way, there were musicians and artists painting pictures of the cities.  If only I had a way to transfer the paintings, I would have bought one. Only €20 said the guy.  I wanted to snag a picture of the picture (cliché) but he wouldn’t allow for me to do so. 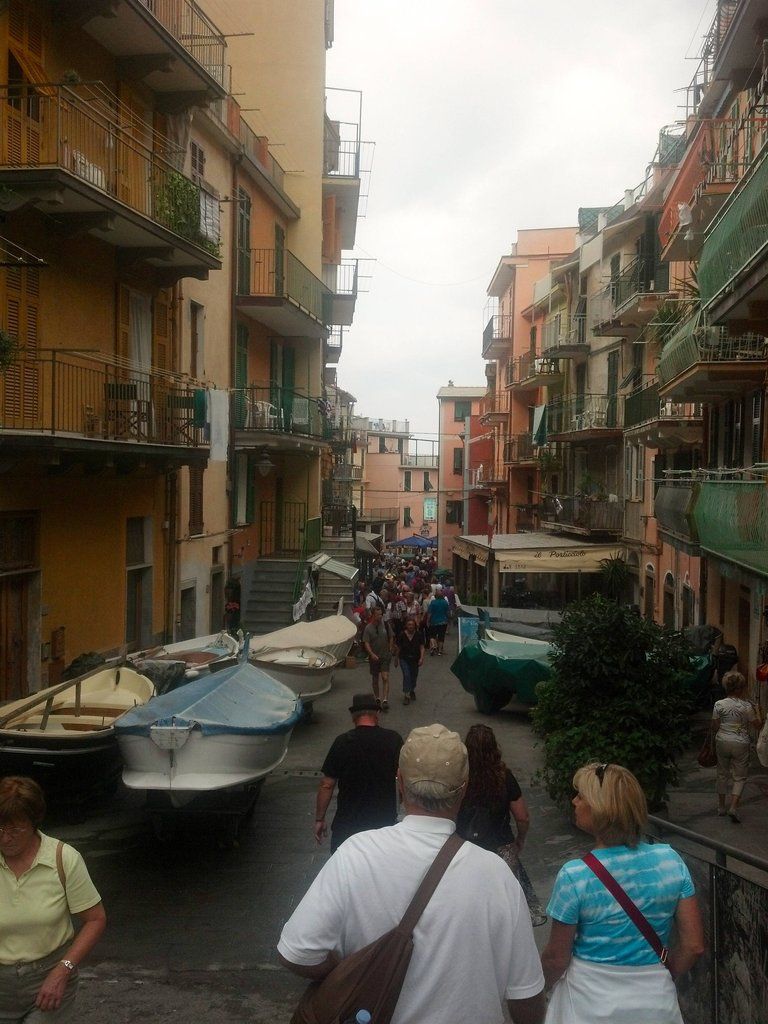 We also had a nice group of individuals.  We met a lot of people studying through different universities around the city of Florence from all over the country.  Although no real connections were made, it was still nice to understand why other people chose to study abroad and how they are handling the differences here.
Each city was full of restaurants, cafes, shops, and lots of boats.  To us, these Italians had a very nice, and relaxing lifestyle.  Sure, they work hard everyday, but they are constantly surrounded by their local friends and family, and always smiling.  It seemed as though they actually LOVED their job.  Whether or not they did, didn’t matter, they put on a great show and helped you make the right decision when buying one of their products.  I am learning, though, that it doesn’t really matter where you get your food, most of the sandwiches and panini are pretty much the same regardless, maybe just a few Euro difference.  I think I have yet to have a band panino. 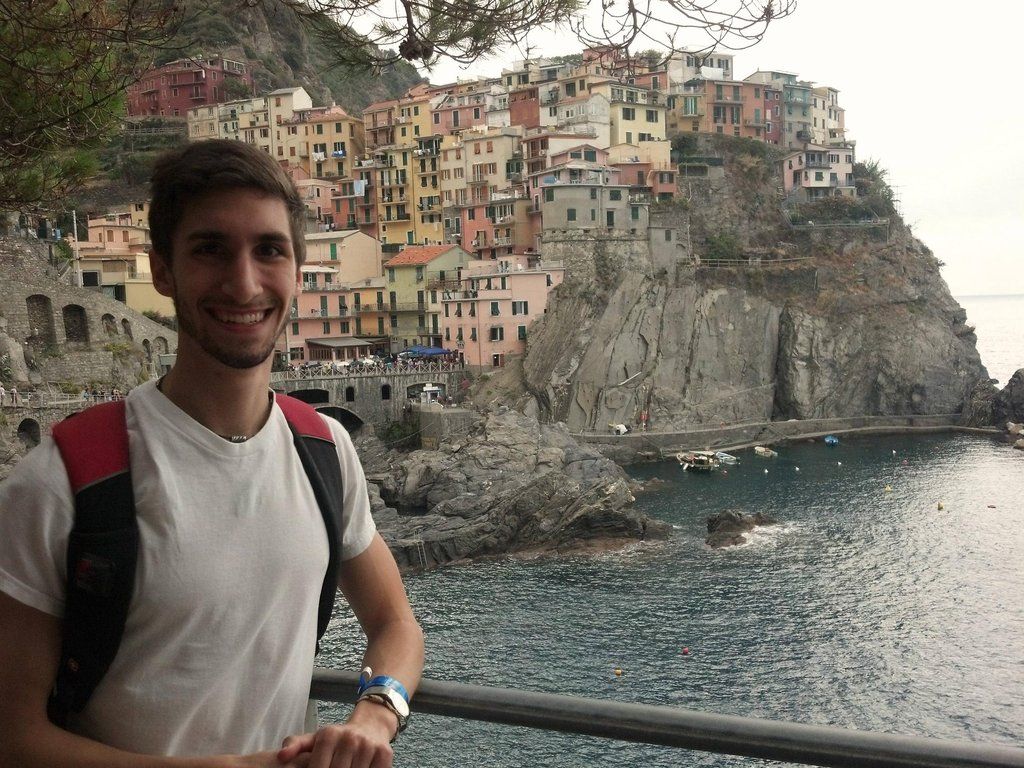 Coming from the second land (city), we actually lost our group!  A total of 77 students on the trip, and we lost them all.  The group that I was with wandered off (our own fault) because we saw a gorgeous shot (as shown to the right).  We initially thought we were following other people with our group, but we were wrong.  Luckily, the tour guides gave us their numbers in case of an emergency (thank goodness) and provided us with the right (and easy) direction on how to catch up and get to their location.  When we caught up with them, they pointed us to some delicious cafes to get awesome sandwiches for the best price.  The food was very authentic, and the streets smelled of seafood and salt.  Lovely, wonderfully amazing smell that invited you to just stay forever.  It’s on my “to re-visit” list in the future and experience each of the cities.
Walking from the fourth to fifth city was probably the most challenging.  Lots of hills 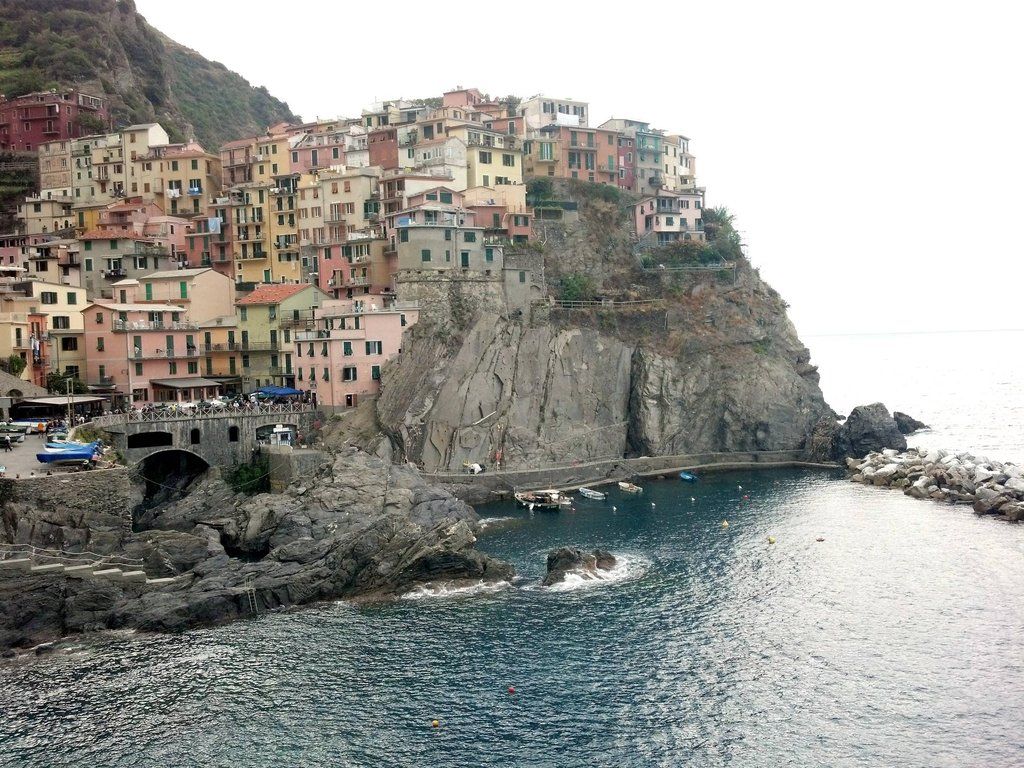 and rocks with narrow paths that needed to be crossed.  But the views were 120% worth it in the end. I kept on saying out loud how amazing and wonderful our world is that we live in, and we have no clue of all the wonderful things it has to offer.  Coming from Baltimore, Maryland, I can only get a taste of what the world has to bring for me.  Considering I haven’t even been around our own country!  I’m 22 years old, I still have a lot of traveling ahead of me.  I hope it continues on.The final island consisted of a very public beach.  For all of you Marylanders out there, you could consider it to be like Italy’s Ocean City.  However, I heard a lot of people actually compare it to Hawaii!  I wouldn’t complain.  This means that I was in the next-best place!  Our tour guides recommended an awesome little bar that played country music (I dealt with it) and served margaritas, piña coladas, sangria, and all of those other wonderful beach-like drinks that we’ve all come to enjoy and love.  It was actually a very nice place, I felt like I was back in the States.  I sure do miss home, although, I’m not quite finished with my adventure yet!  Ciao!

Tyler Scheff is a senior at Townson University and is currently studying abroad in Florence, Italy at Lorenzo de’Medici.  To read more blogs about Tyler’s travels, click here.