Perfect weather made for perfect trips to the Italian coastline this weekend! We had a wonderful group of Florence and Rome Bus2Alpers that hungout on the Isle of Capri and Positano. The entire group had a perfect beach day with some cliff jumping (good job on the flip Peter from JMU). The trip ended perfectly with the entire group of law students from Monash laughing hysterically at the court scene in Baby Mama that no one else understood. A little bit north, we still had wonderful weather at Cinque Terre, where the sun pulled people to the coast and we had one hundred and forty five people sign up to catch some rays. Coming around the last corner of the hardest hike from Vernazza to Monterosso Al Mare, Bus2Alps could be seen dominating the beach with everyone laying out and swimming. We had another group of wine enthusiasts head to Siena and San Gimignano on Saturday. Not only did they get to explore the hill towns with some of the world’s best gelato in hand, but they also had the chance to visit one of the oldest wineries in Tuscany. Everyone’s mouth was purple from all of the “swishing of love and poetry in their mouths” as our friend, Carlos, at the winery calls wine tasting.

Those that stayed home this weekend in Rome didn’t miss out!  Many students spent quite a bit of time wandering around the Eternal City snapping pictures for our photo contest.  Sammi ended up winning with an unbelievable shotof the Castel Sant’Angelo in the rain and scored herself a 50% off trip toCroatia.  Gina and Jennifer placed 2nd and 3rd respectfully, and won 50% off a trip to the French Riviera and a Naples day trip.  Wednesday night we all went to our favorite spot in Trastevere, Tony’s for a traditional Roman meal.  We raffled off t-shirts,and several free trips, and even received many a bacio from Tony himself.  After rolling out of Tony’s we went across the street for chocolate shots followed by an epic after party at Le Bain Nighclub. Friday’s day trip to the birthplace of pizza, Naples, left everyone full. Sunday, Porta Portesemarket was buzzing as the weather was perfect for a lazy stroll and outdoor shopping.

The Barcelona crew didn’t missout on the sunshine either as they spent their first week pounding the pavements, meeting students around town and on the beach, and settling in to their new place. On Saturday, the staff finally saw the city the right way with a great group of students on a city bike tour, even stopping for Tapas and Sangria at a small, rustic place nestled tightly along the street. Trying everything from octopus to their favorite potato bravas, both the Bus2alps crew and the students studying in Barcelona left the bike tour full, happy, and even more in love with the city. Alex finally made it to Barcelona to join the crew as well, putting an extra pep in everyone’s step. They are ready to kick off another great week starting with the night bike tour and Dow Jones Bar event.

We’re getting bronzed up and loving life here as we break summer in! A ton of activities are on the way as well as some trips you do NOT want to miss out on. See you out on the streetsor (more importantly) on the bus! 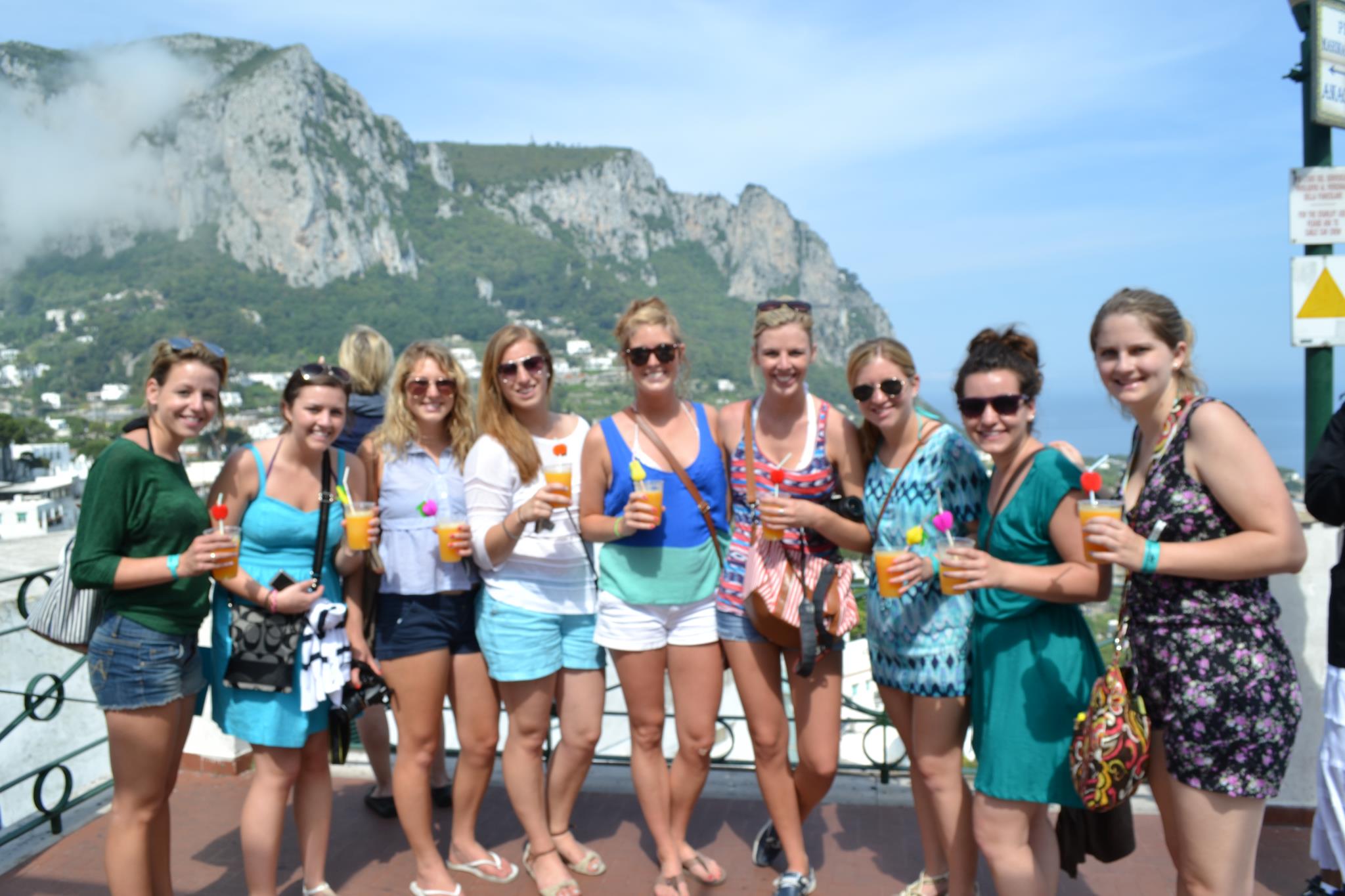