[email protected]
Blog | About Us | Covid 19 | Jobs | Contact Us
This is an entry for our Spring 2012 Why We Ride Blog Contest. Click here to read the original blog post on Lauren’s blog “la bella vita”, as well as her other adventures while studying abroad. 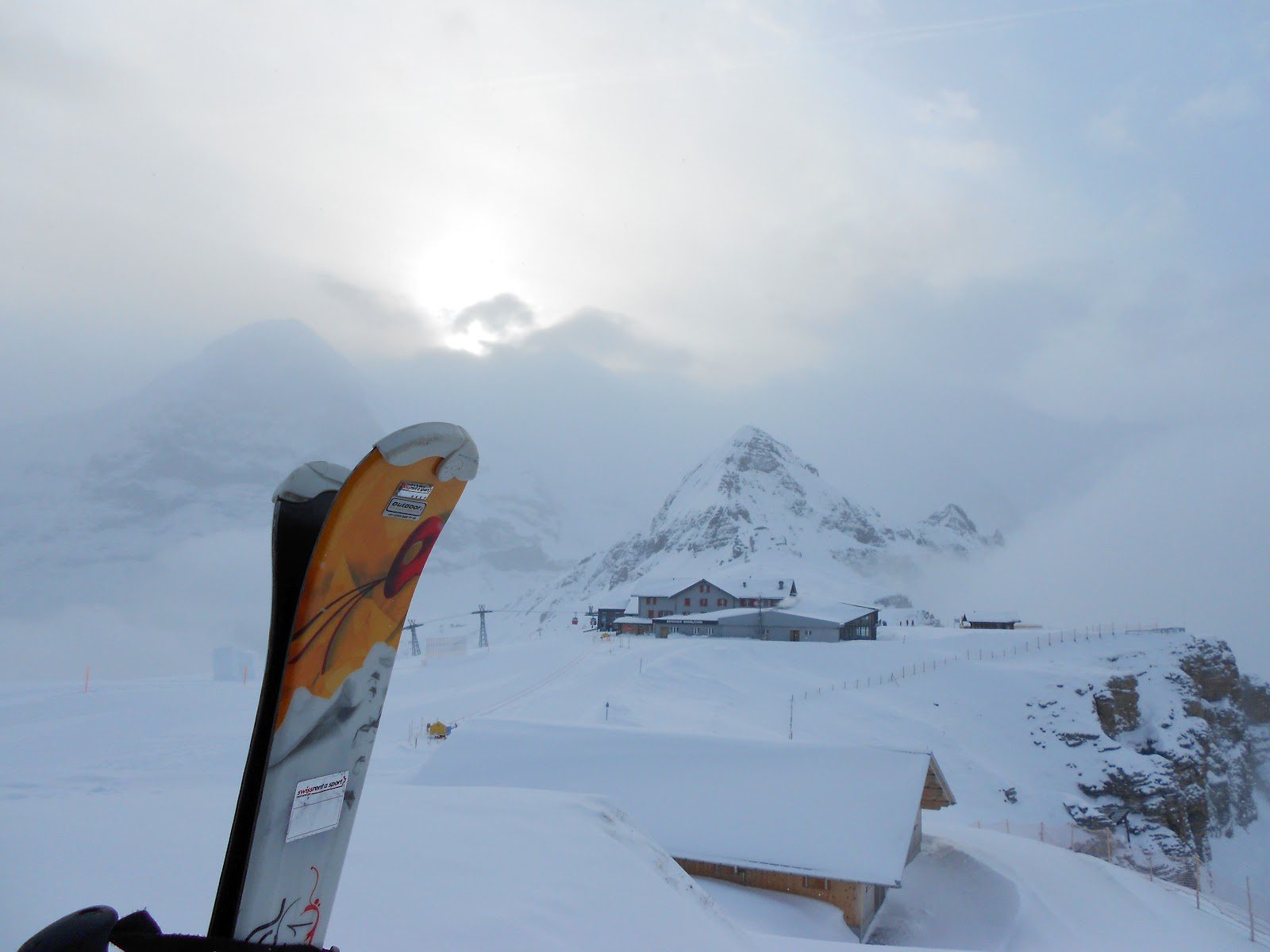 This past weekend I went to Interlaken, Switzerland! This was probably one of the most spur of the moment, random trips I’ve ever taken! After my roommates and I booked our trip 2 days before it left we were a little nervous that we would be so out of the loop, but thanks to Bus2alps, the student travel group we went with, everything was as smooth as it could be:) As soon as we arrived in Interlaken after our 12 hour bus ride I automatically felt at home. Even just walking into our hostel, Balmer’s Herberage (if anyone ever makes it to Interlaken you have to stay here!!!!) I could tell that it was my kind of place! Balmer’s was amazing…from the Swiss decorations, awesome staff, and even bar underneath I couldn’t have asked for a more culture filled and welcoming place to stay! Little did I know that this little hostel was the start to one of the most amazing weekends I could have ever dreamed of. I can honestly say that I’ve never met nicer people, eaten such amazing chocolate, and seen unbelievable views like I did in this little Swiss town. No matter which way I turned I was surrounded by the beautiful snow covered Swiss Alps, what more could I ask for:)

The first day we spend wondering around the small, but enchanting city of Interlaken:) We soon found out that even though the exchange rate was awesome compared to Italy, everything was sooo expensive! So, we let the scenery be good enough for us and decided to explore the lakes that give Interlaken it’s name as well as the hundreds of panoramic views and of course we had to stop in some chocolate shops! The lakes were straight out of a postcard, turquoise water, pebble beaches, and the Swiss Alps as a backdrop:) 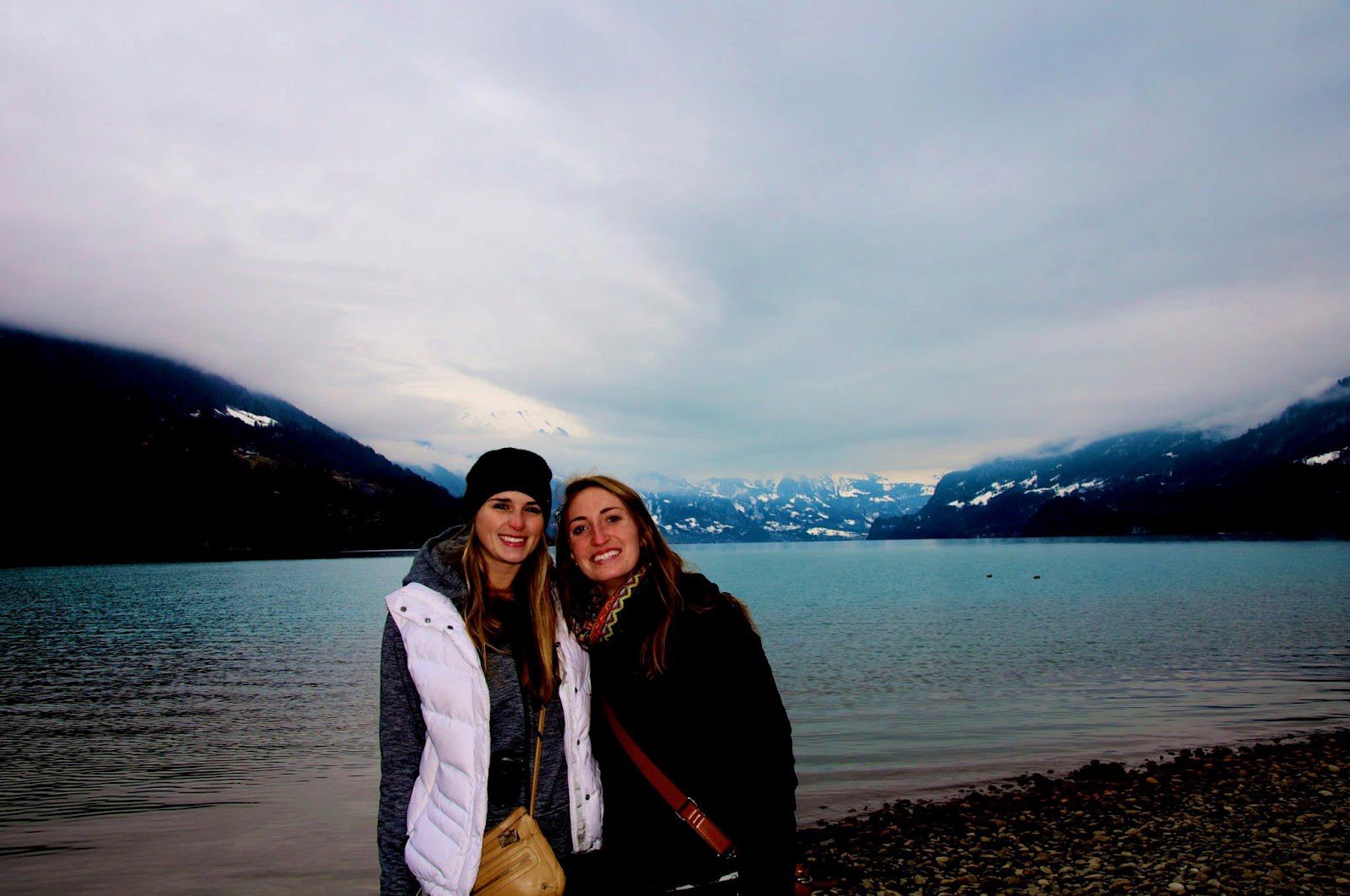 When I thought I had seen all the beauty that Interlaken had to offer, we ran into one of the Bus2alps girls, Jenny, who told us that we had to come with her to the top of the MetroPole hotel for the most amazing view. Once we got there I completely understood why…every which way I turned were the huge snow covered Alps, below me were the small colorful villages of Interlaken, and all I could hear was the Swiss-German dialect spoken around me. I literally felt like I was in a dream! Mimosa’s at this panoramic bar were a definite must, even though they were 9 Swiss Francs for what seemed like a shot of orange juice ahh!

To finish our first day off we had to go rent all of our ski gear for the next day and then thought it would be a perfect idea to go to a chocolate show and then to the bar underneath our hostel:) Even though I was dreading going to rent our ski stuff because all I wanted to do was go explore, I was pleasantly surprised at how fun it was. All of the people at Outdoor Interlaken were Australian and some of the coolest people I’ve met. Not only did they help us pick out the perfect gear for our once in a lifetime skiing experience, but they also were just good hearted people:) Although they weren’t Swiss, they really defined for me the attitude and kindness that all of the Swiss people seemed to go out of their way to show constantly. The chocolate show was awesome, especially since we got so much free chocolate! It was so cool because we literally got to see every stage that the chocolate goes through from when its picked off of the cocoa trees to being made right there in Switzerland! We even got to try fresh cocoa beans, sadly they tasted nothing like chocolate hah.

The second day we woke up super early and started heading for the slopes!!!! It was a pretty good trek to get there, but it was well worth it! It was so funny how strict all off the transportation cops were there compared to Italy where you can pretty much ride all of the buses and trains for free if your sneaky. But, that definitely wasn’t the case in Switzerland! As soon as I saw one of the many policemen walking towards me I though it was no big deal, I would just give him my bus pass that the hostel gave me and he would be on his way, but of course that didn’t happen at all. Little did I know that even if you had your name and hostel on the card, if you forget to put the date on there you’ll end up with a 90 franc ticket!!! I almost had a heart attack, but luckily Austin withBus2alps was there to tell me that I didn’t have to pay it! It was so crazy how high the train took us and then we still had to take a gondola up even higher, the views were amazzzing!

When we first got to the top of the mountain I literally couldn’t believe what I was seeing, I don’t think I’ve ever seen so much white in my life, or such a beautiful sunrise:) It as almost mystifying and crazy; words can’t even begin to describe it or how unreal the skiing was. It was definitely the craziest skiing I’ve ever done considering I’ve only been skiing in Indiana hah. I never knew that trails could last longer than an five minutes! It was pretty crazy how in the middle of nowhere I felt, yet there were little homes, restaurants, and pubs everywhere on the side of the mountains that you could stop at…so of course we had to stop and get a local Swiss beer!! 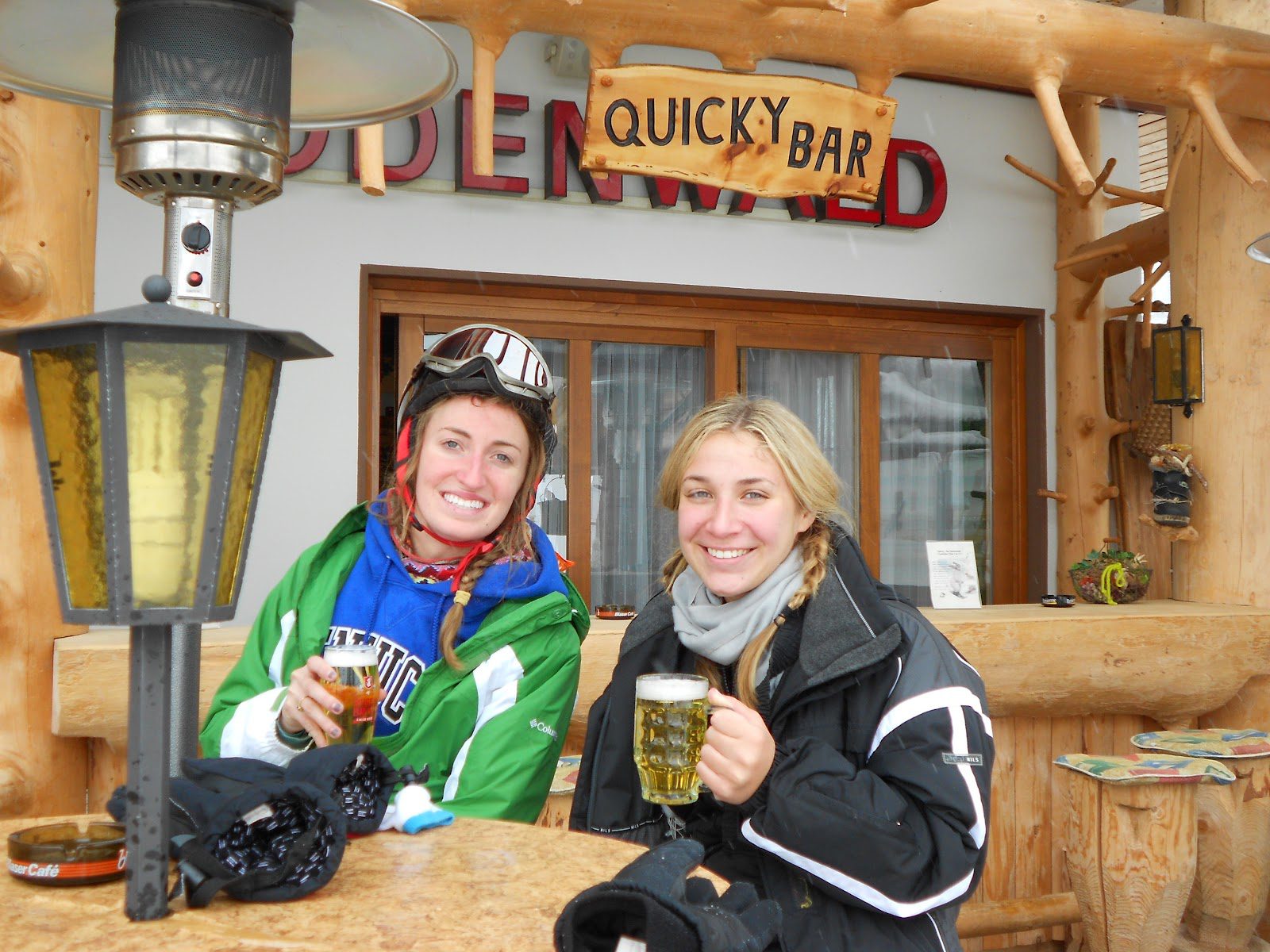 That was probably my favorite part of the whole day, I even got to call my dad and tell him how much he would love all of the snow:) Once we finally got to the top of the mountain we ate lunch in a huge Indian tee pee, it was so cool!!! The only downside to getting to the top was having to find our way down…which turned into skiing/walking uphill, falling off of a t-bar in the middle of nowhere by myself hah, and getting stuck in what seemed like a blizzard. Let’s just say that by the end of the day I was so tired I could barely move. But, we still had night sledding and a traditional Swiss fondue dinner which was soo good:) I’m so thankful that I got to go to this amazing place and hope that I can go back again someday, and hopefully my dad can come because it would be in absolute heaven:) If only Bus2alps could plan that trip for us too!!

I probably could have stayed a lot longer in Switzerland, but I’m determined to get back there someday no matter what:) I can’t think of a better way to spend my first weekend trip in Europe and hope to do soo many more trips with Bus2alps!!

What to look for in medicines online? Typically the drugs you searched for can more than one listing. Many listings, which are compiled by generic name indicate a physic is accessible in more than one dose or in various forms, such as liquid. You can purchase medicine to treat chronic treatment of the signs of osteoarthritis or lower back ache. Viagra which is used to treat emasculation and similar states when erection is of low quality. Viagra is a remedy used to treat few upsets. What do you already know about cheap cialis 20mg online? What is the most great info you must discuss with you doctor about ? Other question we should is . Presently more than quoter of men aged 40 to 70 reported some degree of erectile difficulties. Certain far-famed medications can mean screwing with your sex drive. Commonly the treatment options may include sexual malfunction drugs or hormone treatments. Do not use any treatment without telling your physician if you going to get pregnant during treatment.