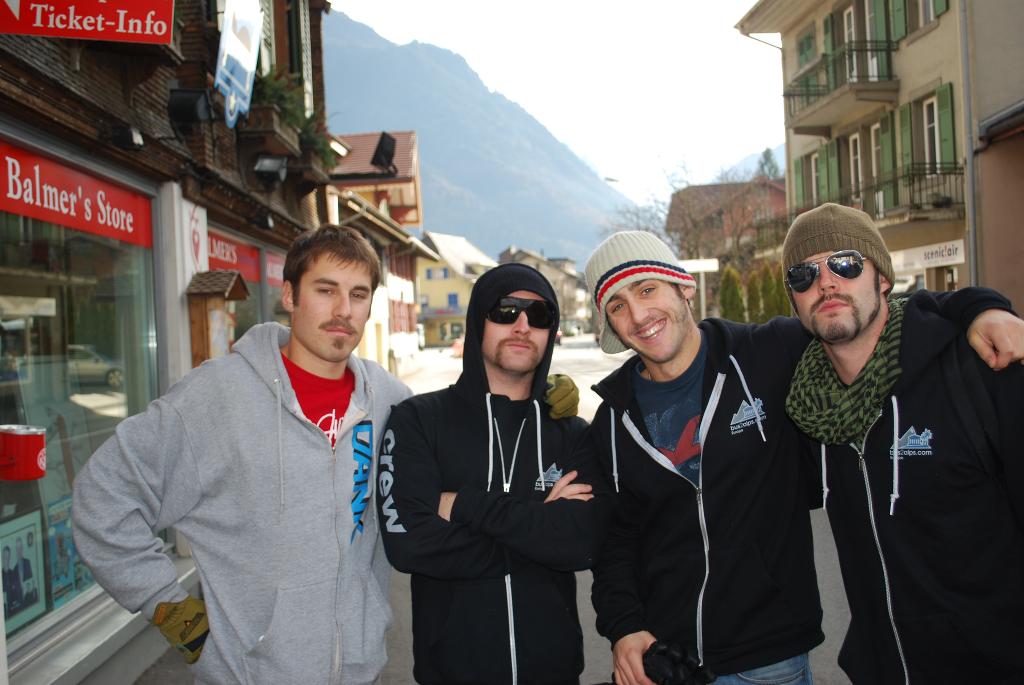 Thanksgiving 2009 will be one to remember for the 150 study abroad students who celebrated in Interlaken this past weekend.  We were thankful for epic snow conditions and bluebird skies. We were thankful for heart pounding activities like skydiving and bungy jumping.  We were thankful for wild parties and awesome staff at Balmers and Metro Bar.  All in all it was one of the best Bus2alps trips this semester and with many students soon returning home, it was great to go out on such a high.

Everyone arrived throughout the night with students coming in from all over Europe.  The next morning we awoke to our first glimpses of the mighty Swiss Alps.  Renowned the world over, the mountains surrounding the hostel are some of the most spectacular in the world.  Throughout the day groups of students hiked the mountains to take in the postcard views and soak up the mountain air.  Others opted to test their agility and strength on the ropes course which was suspended 20 meters above the ground. There was also Skydiving on offer and hordes of students returned back to the Hostel with Adrenaline still pulsing after losing their ‘first jump’ virginity.  Many of them couldn’t wait to strap back in and do it again! 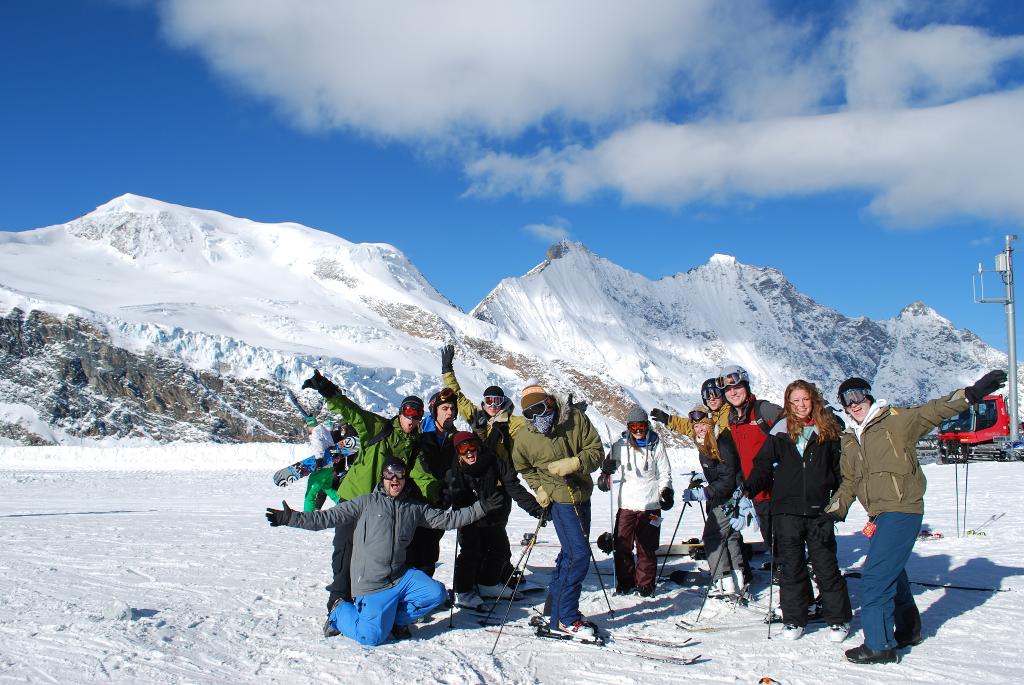 That night the crew at Balmers stepped up to put on a Thanksgiving feast of epic proportions.  The delicious meal with all the trimmings was served out whilst wine flowed like water.  It was the ultimate pre game for the Inaugral Movember Moustache Gala Party downstairs at Metro Bar.  Here prizes were awarded to those who had been cultivating moustaches over the last month which made for some very ‘interesting’ party goers.  Music blared and fists pumped throughout the night and well into the wee hours of the morning. Everyone went to bed happy, knowing that tomorrow would be even more action packed. 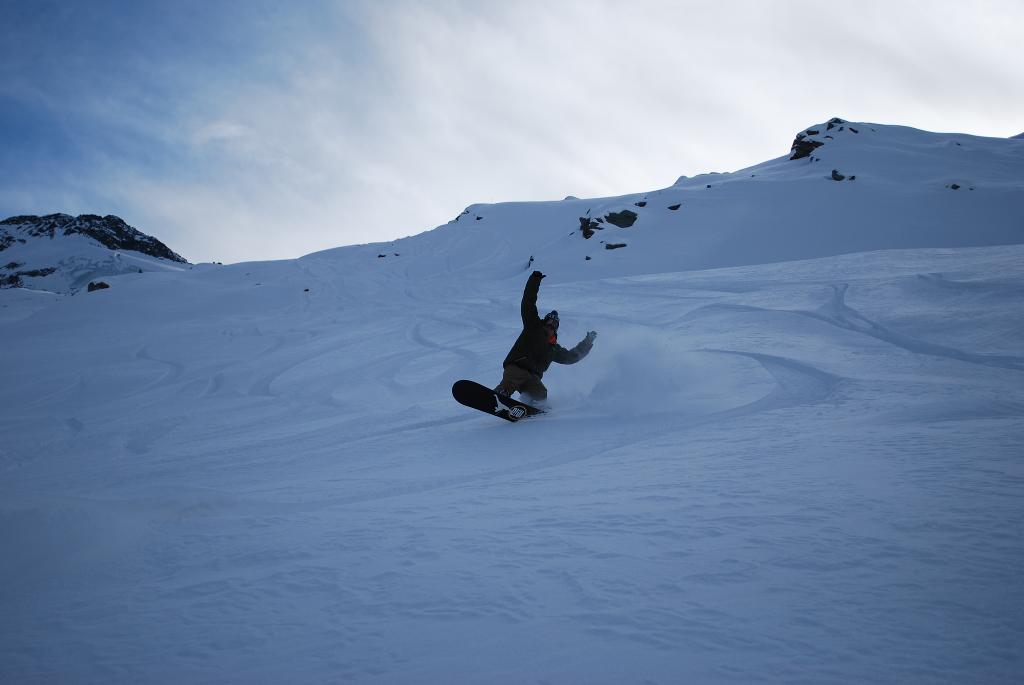 On Saturday the Ski/Snowboard participants awoke before sunrise for the bus ride to the Saas Fee Glacier, where they were guaranteed powder turns and steep groomed runs.  On arrival at the mountain everyone was in awe.  It was November and there was fresh snow aplenty! The whole mountain was open and the sun was shining!  Back in Interlaken a large group embarked to a nearby gletscherschlucht gorge to launch themselves off a cliff – An activity not for the faint hearted.  Basically the participants propel themselves off a cliff affixed to rope and swing down through the gully at a death defying pace.  After everyone got their adrenaline fix it was back to the bar for some more partying – Swiss style. 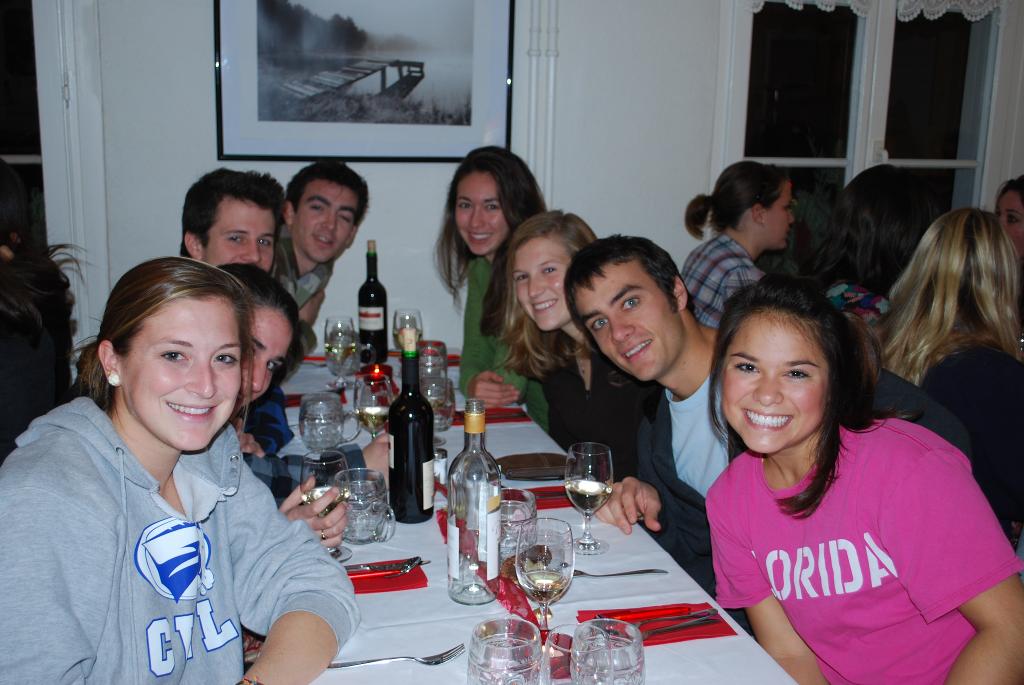 Sunday was departure day and it was clear no one wanted to leave.  In the final hours groups took to the streets of Interlaken to hunt for those hard-to-find Christmas presents.  Before we knew it, time was up and we were on buses to our respective cities.  It had been a jam packed weekend and no doubt a Thanksgiving that everyone will remember for years to come.